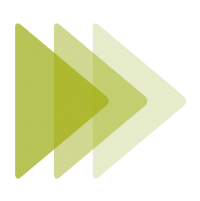 Nicolò Frapolli, Konstantinos Boulouchos, Yuri M. Wright from ETZ Zurich wrote together with Jan N. Geiler, Andreas Manz from Bosch and Sebastian A. Kaiser from U. of Duisburg-Essen the paper; Large Eddy Simulations and Tracer-LIF Diagnostics of Wall
Film Dynamics in an Optically Accessible GDI Research Engine.
The official version of the SAE paper can be found at https://doi.org/10.4271/2019-24-0131 and will be available in March 2020.

Large Eddy Simulations (LES) and tracer-based Laser-Induced Fluorescence (LIF) measurements were performed to study
the dynamics of fuel wall-films on the piston top of an optically accessible, four-valve pent-roof GDI research engine for a total
of eight operating conditions. Starting from a reference point, the systematic variations include changes in engine speed (600; 1,200 and 2,000 RPM) and load (1000 and 500 mbar intake pressure); concerning the fuel path the Start Of Injection (SOI=360°, 390° and 420° CA after gas exchange TDC) as well as the injection pressure (10, 20 and 35 MPa) were varied. For each condition, 40 experimental images were acquired phase-locked at 10° CA intervals after SOI, showing the wall-film dynamics in terms of spatial extent, thickness and temperature. The simulation framework was developed as follows: first, the spray model was calibrated using spray morphology evolution data of the same injector, characterized in a constant volume spray chamber by high-speed shadow imaging. In a second step, the wall impingement and film models were calibrated using the reference condition. With the model constants now fixed, simulations were run for the remaining operating points and results were compared with the experimental data. The simulations captured all trends observed experimentally, with good quantitative in the transient films’ spatial extents and thicknesses.